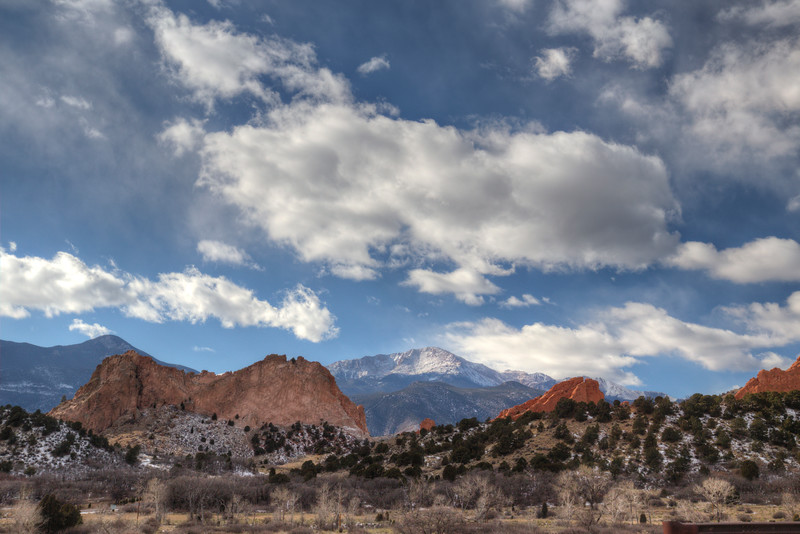 Garden of the Gods, which is located near Colorado Springs, Colorado is a public park and was designated a National Natural Landmark in 1971.

The geologic sedimentary beds of red, blue, purple, and white sandstones, conglomerates and limestone that were deposited horizontally. They have now been tilted vertically over many millions of years of building forces caused by the uplift of the Pikes Peak range of mountains, which can be seen in the background.